Despite the weather forecast, which as usual was not as bad as predicted, a goodly number of Sevens made it to Eggesford Airfield on Saturday 4th June. Unfortunately, the wind was too strong for flying (aircraft) but one Chummy did try a take off but failed to achieve enough lift. We were shown around the collection of vintage and historic aircraft. As usual there was plenty of time for general Seven chat (other subjects were allowed!) in the hanger. All nine of the Red Arrows gave us a personal fly past in the afternoon.  Good the see some new members in the fold and even the elusive Captain Wingspan drifted in. 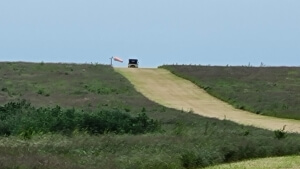 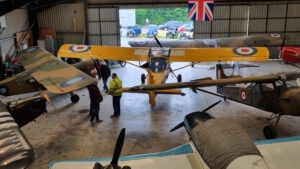 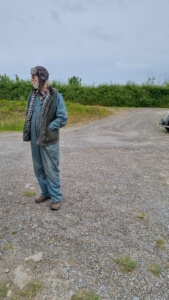